Dusit to the rescue!

Dusit’s core values of Care, Commit and Can do! were evident in abundance when eagle-eyed staff at Dusit Thani Laguna Phuket spotted a sea turtle trapped in a discarded fishing net, and quickly charged to the surf to save the majestic animal from drowning.

Taking care not to harm the turtle, the team successfully freed the creature from the net and released her back to the sea – with a stern warning to stay away from any further trouble.

The story was soon picked up by Thai media, including popular national newspaper Thai Rath, which praised the team for their efforts (you can read the story, in Thai, here). 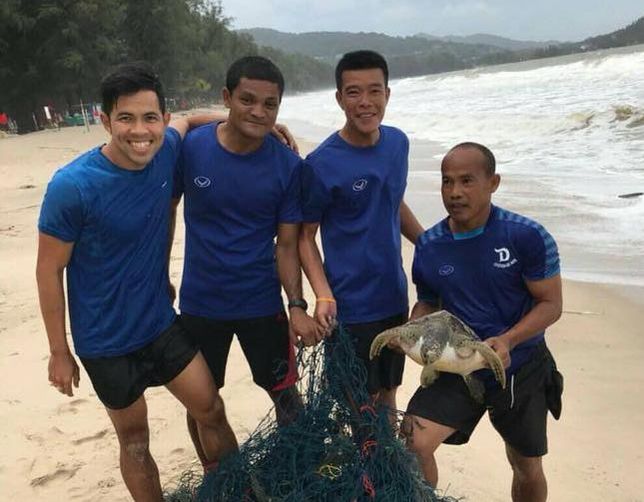